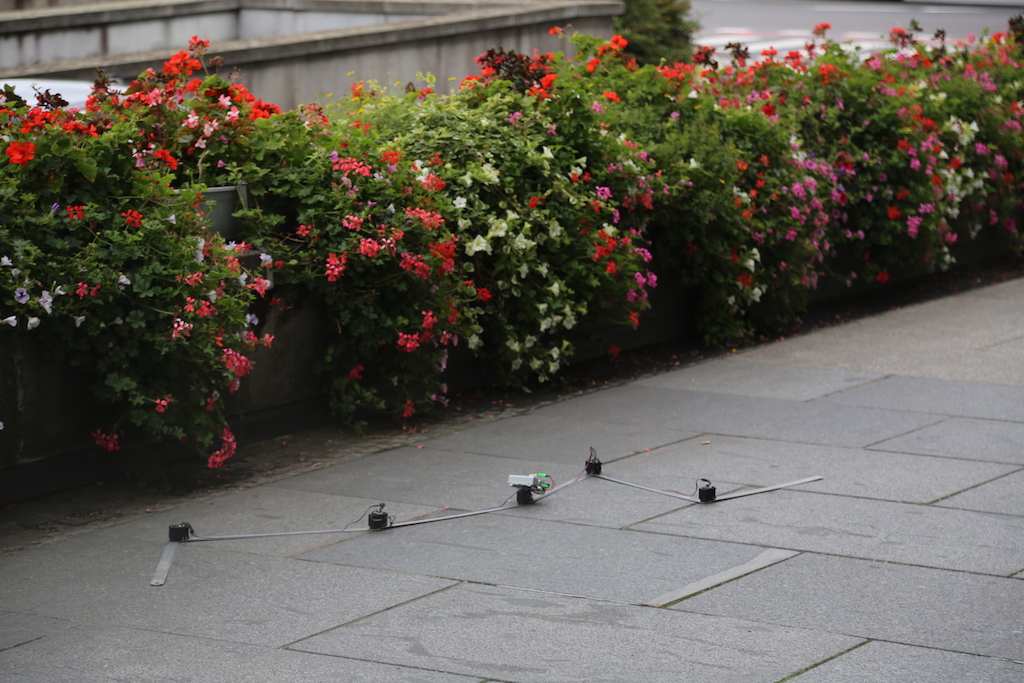 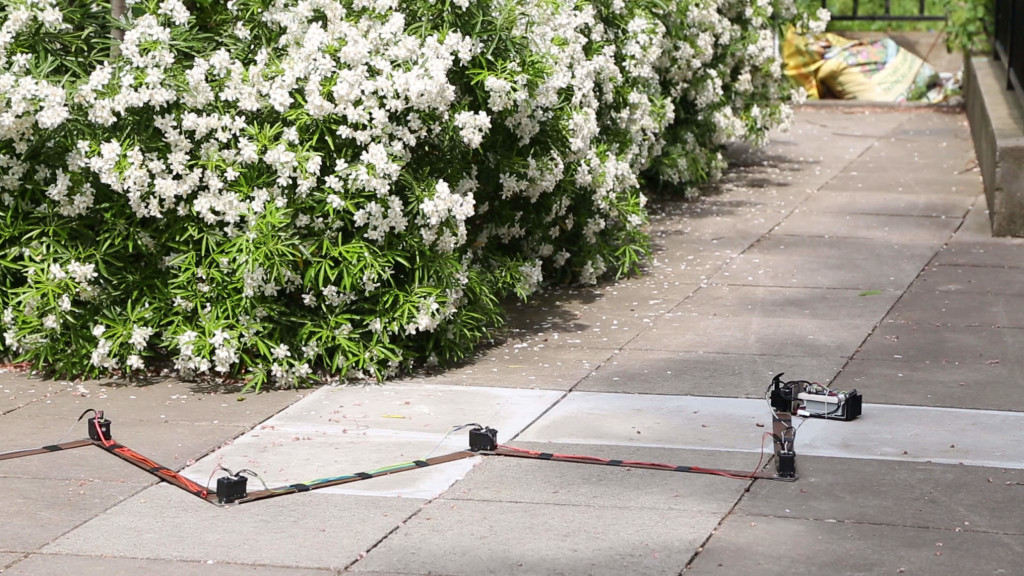 Project developed within the framework of The Behavior of Things project, supported by Labex Arts H2H.

A large carpenter’s rule moves along, folding and unfolding like an animal lost in the space where it has been released, looking for what it must measure. Its motorised articulations are also sensors sensitive to the resistance of the contours of the space. When this resistance is too strong, the movement stops and gives way to another type of articulation. The object’s behaviour is the result of a combination of its morphology and the sensitivity of its articulations. 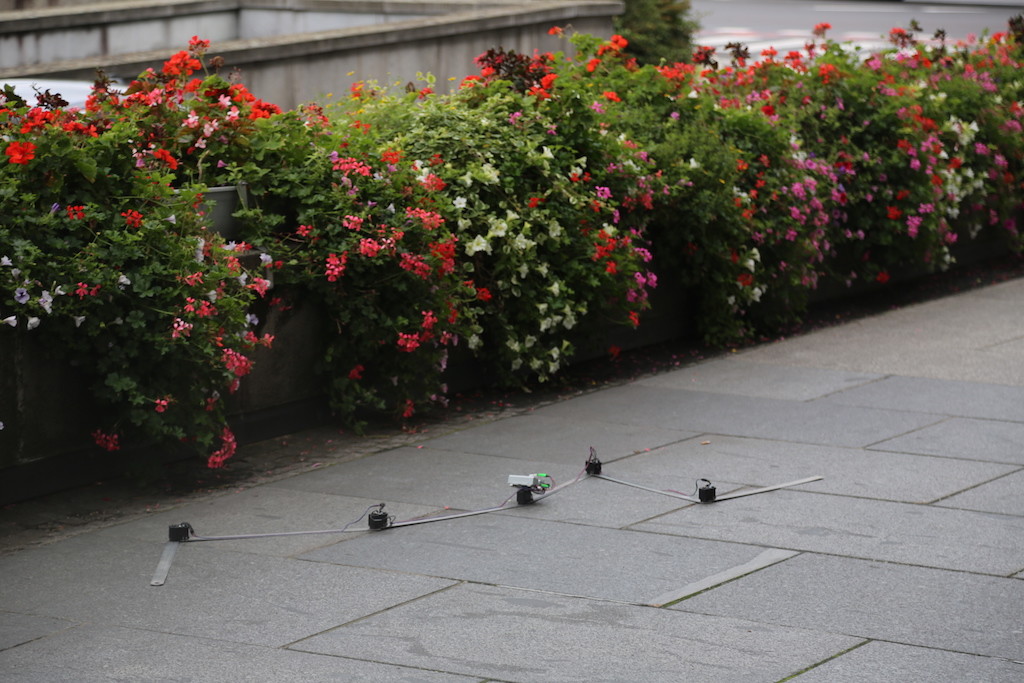