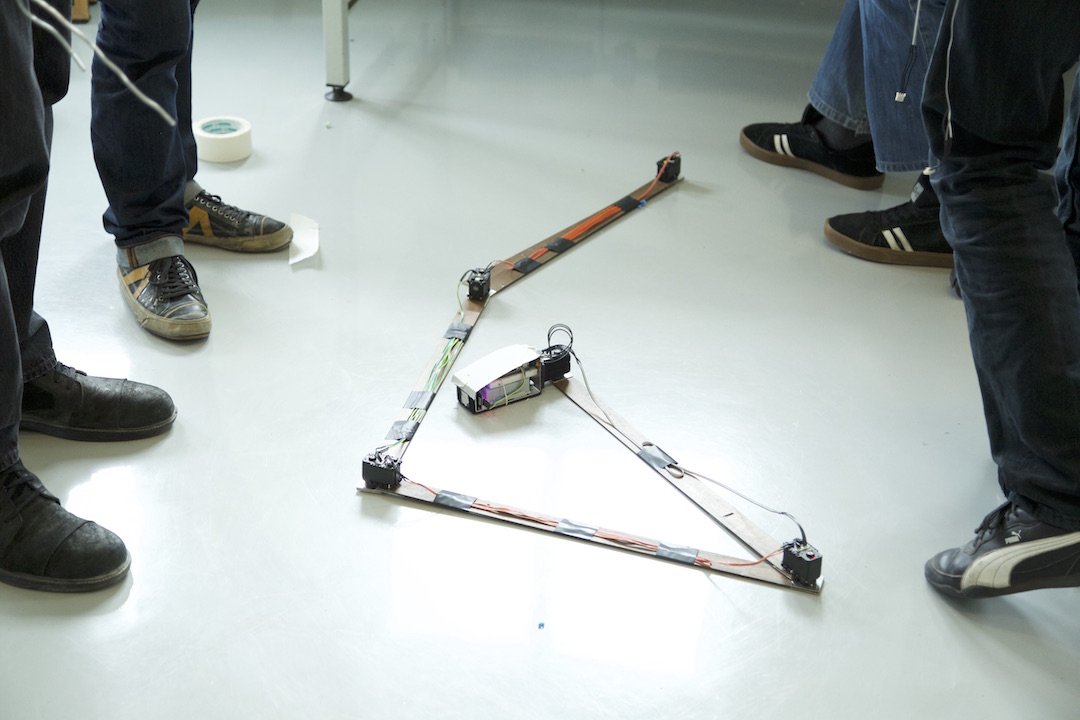 This workshop led by Simon Penny involved the MisBkit team and a number of guest elements from the Ensadlab. It was organized in the framework of an international research chair of the Labex Arts-H2H.
For further informations please consult the text below after the photos. 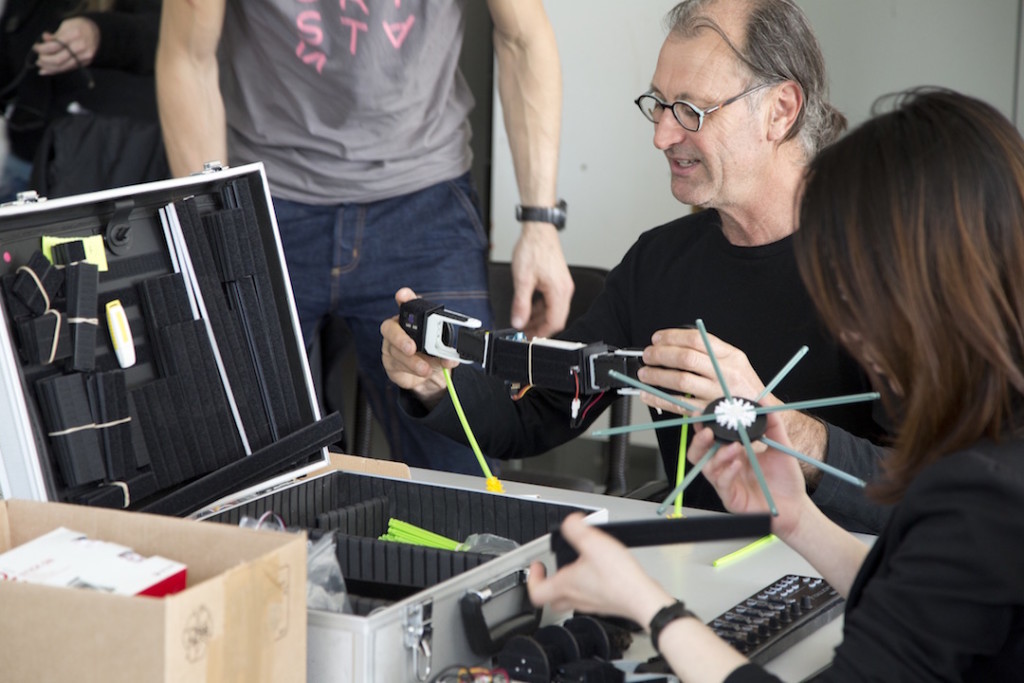 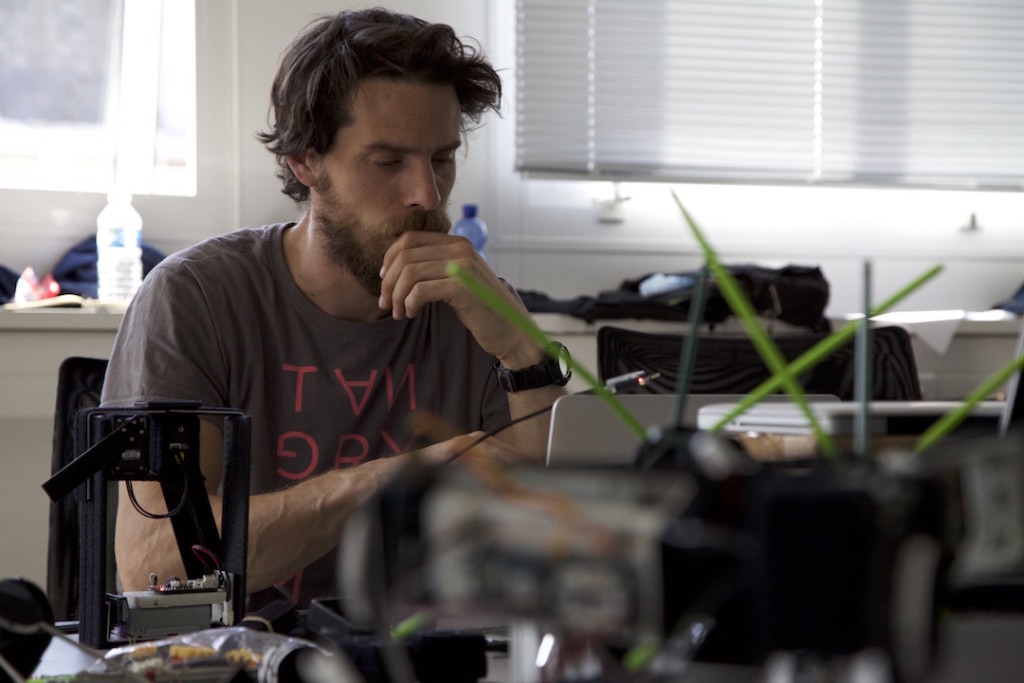 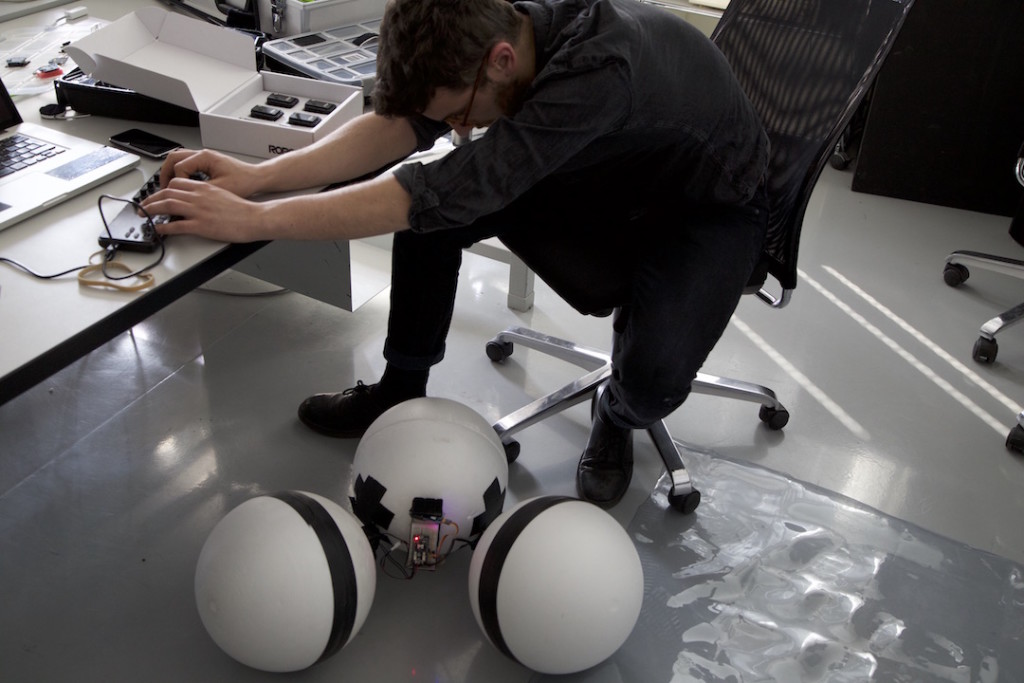 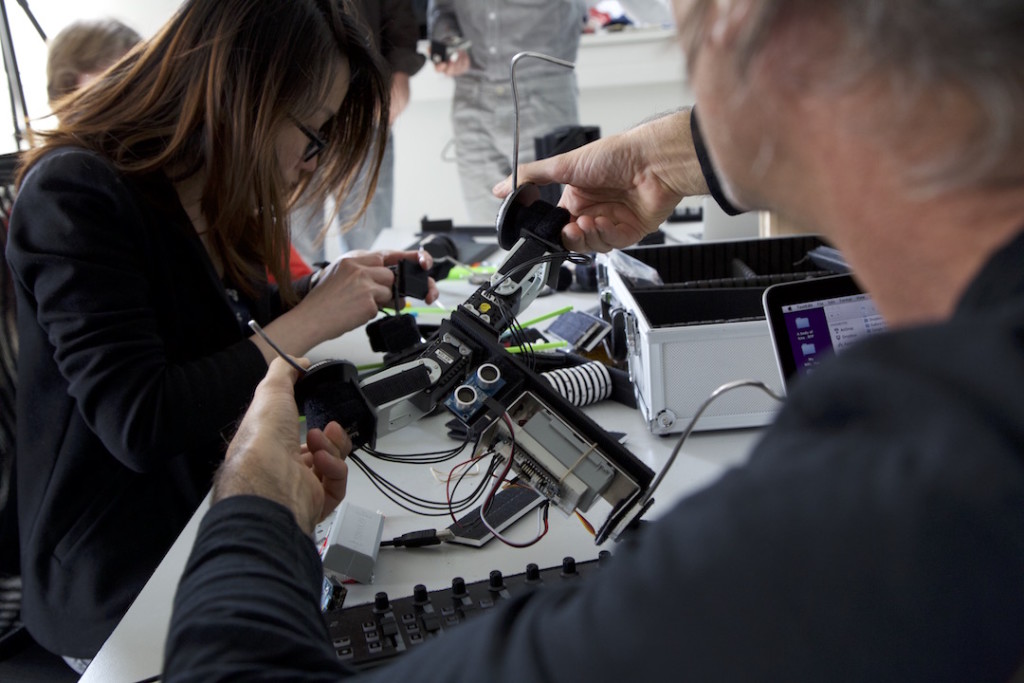 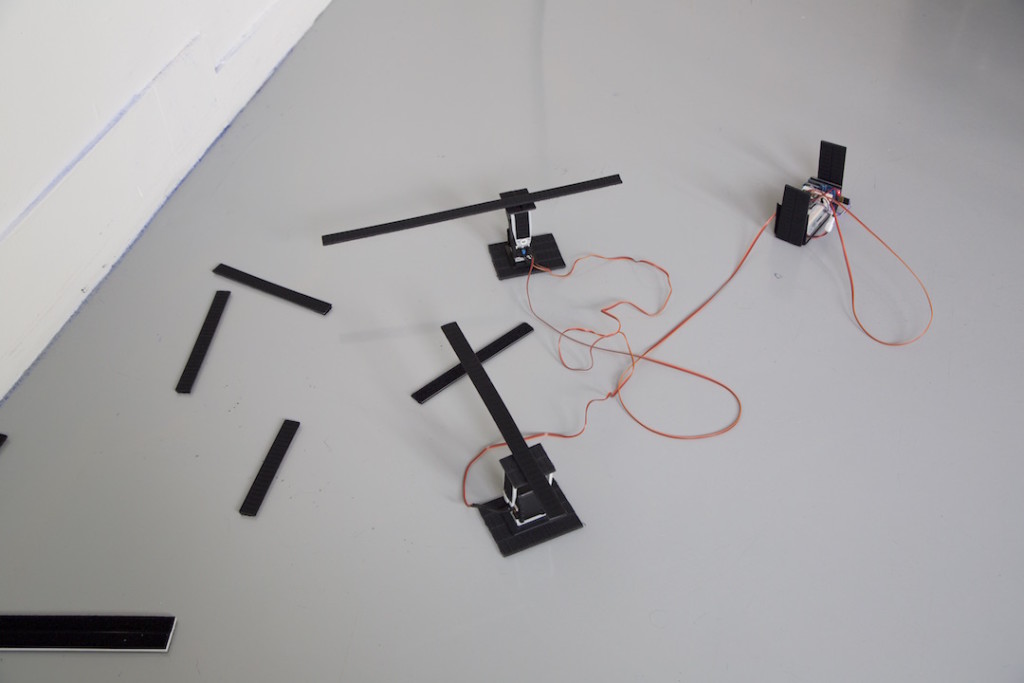 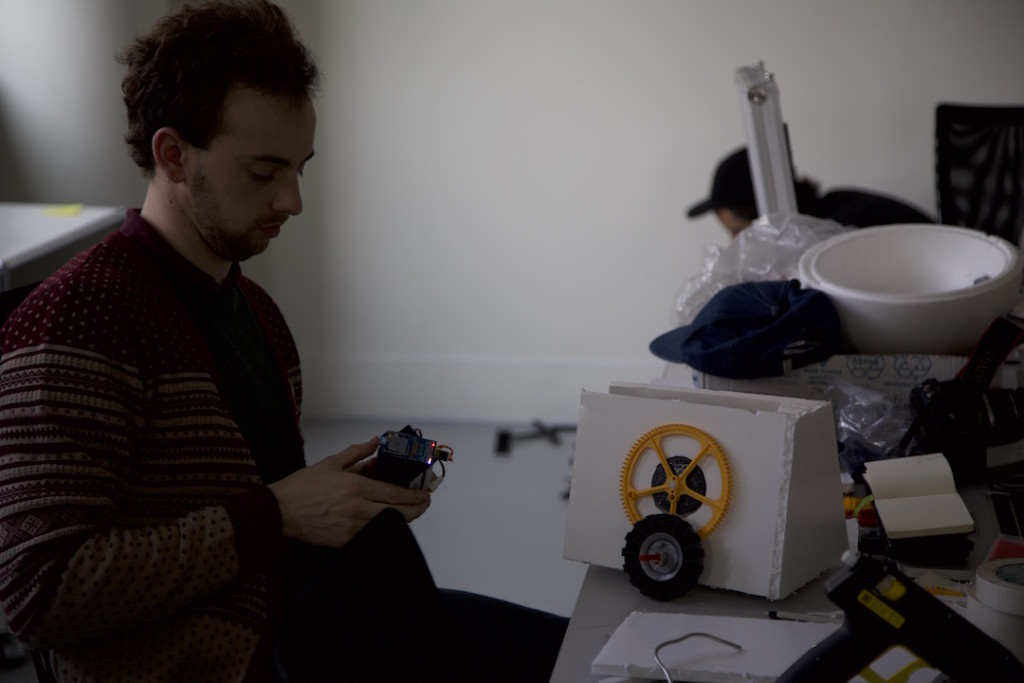 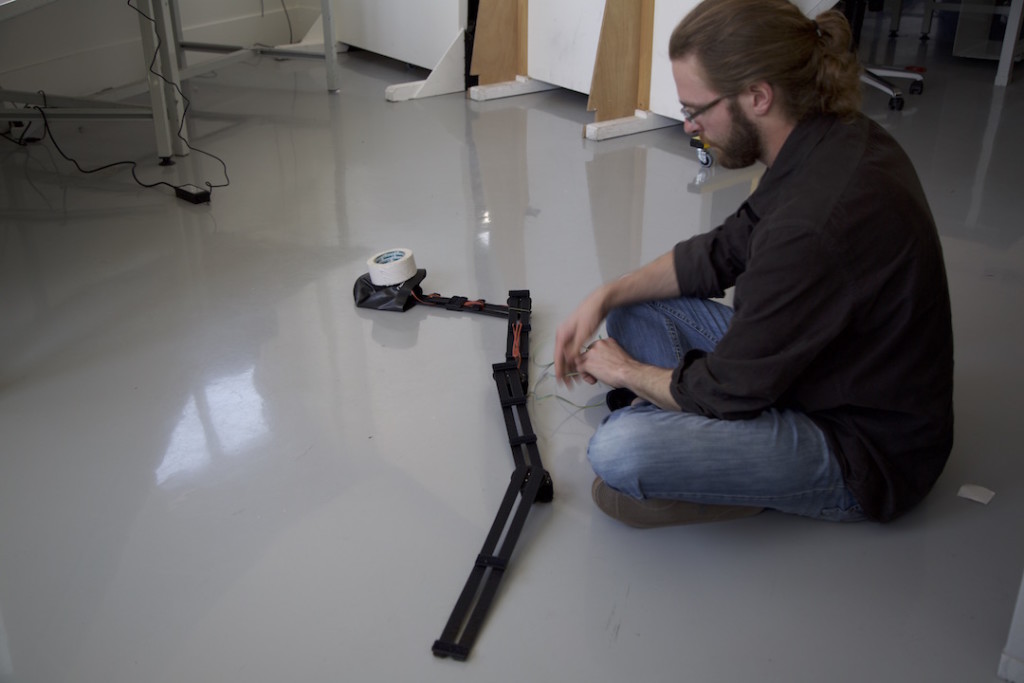 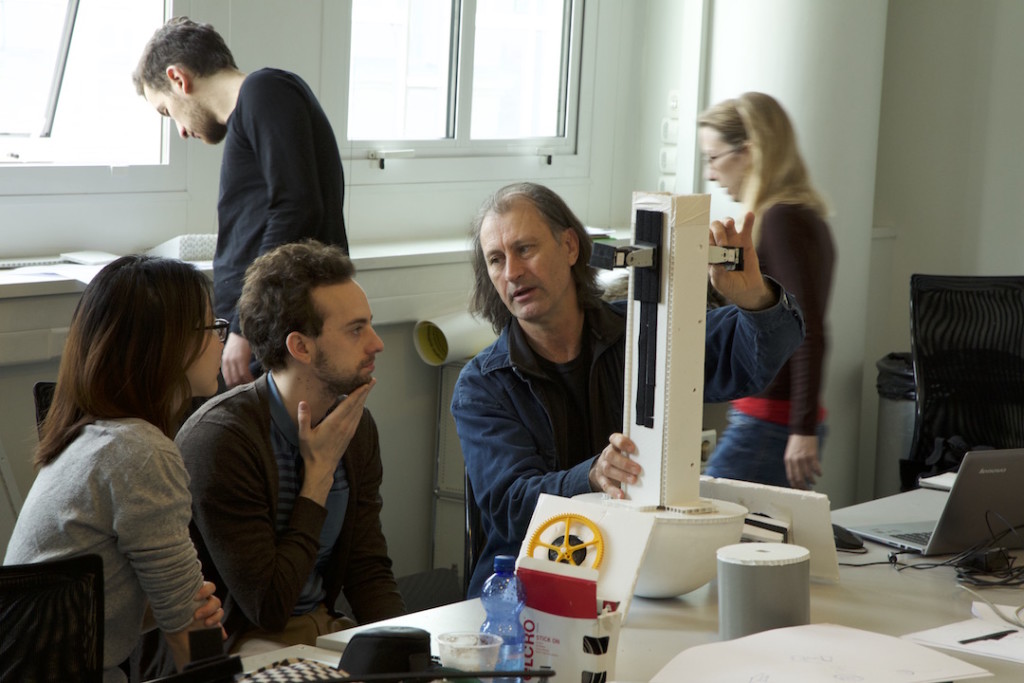 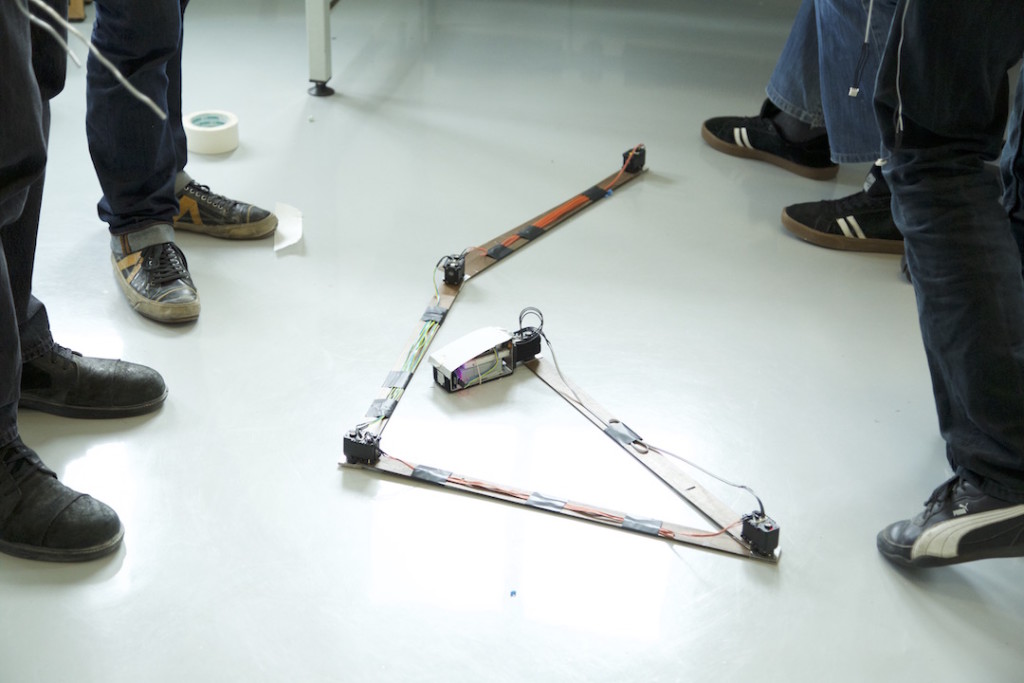 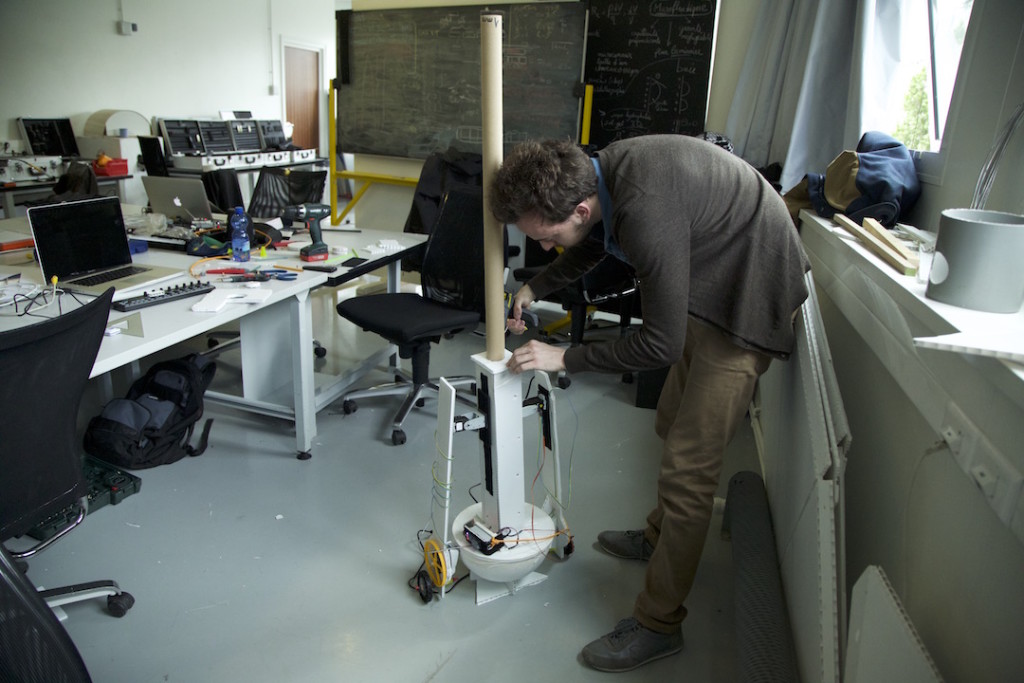 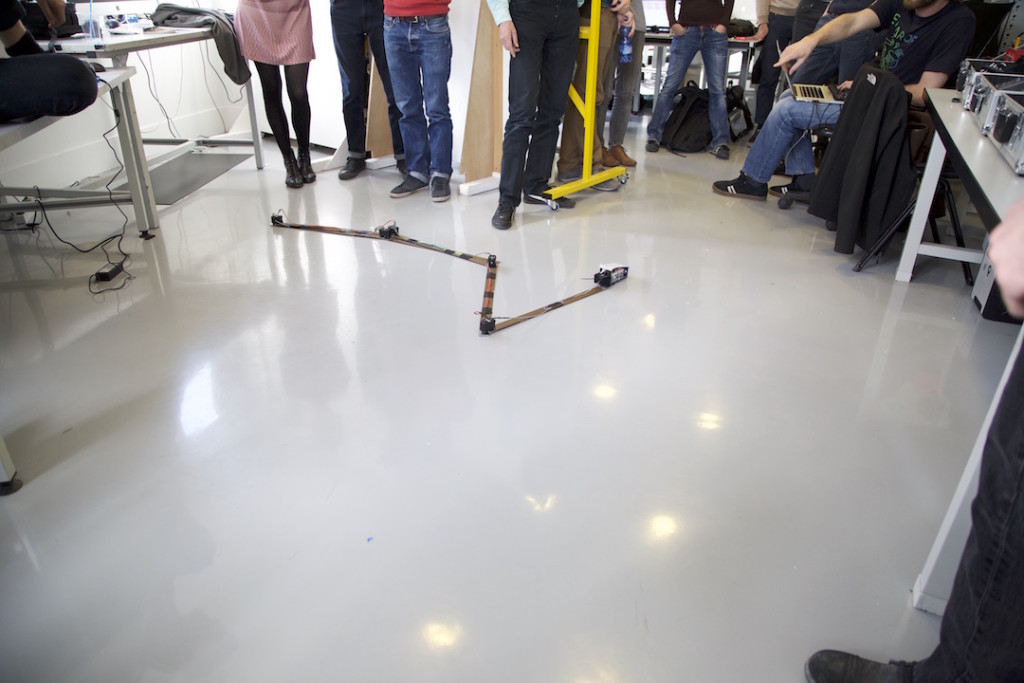 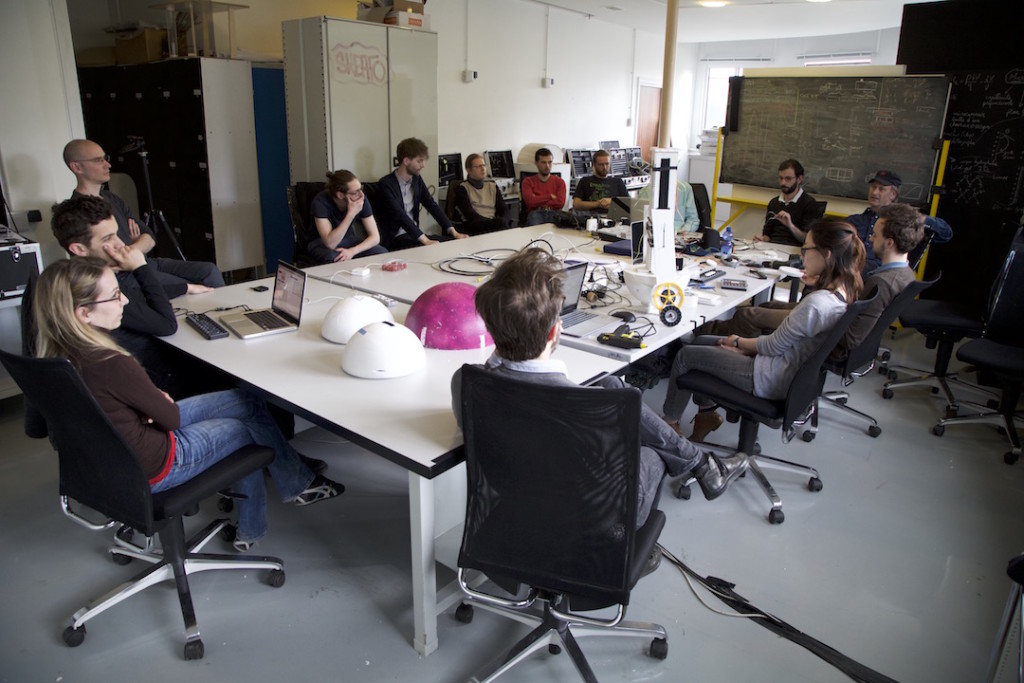 The workshop began with an introduction to the general purpose MisB Kit for Robotic developed by the Reflective Interaction team [Cf. : http://diip.ensadlab.fr/en/projects/article/misb-kit ], along with theoretical discussion around themes of robotics, behavior and misbehavior.

The kit as developed so far, was found to have some limitations for the topic of the workshop, which brought us back to theoretical issues. The kit seems to have been conceived “software first”, adhering to the generally accepted notions of platform independence and general-purpose machines. The problem with this approach is that robots, experimental robots are not general purpose computing platforms with standardized operating systems etc. They are specific and particular. Adherence to or aspiration for generality in fact works against the research direction.
The second and related issue in the system is that it implements a paradigm of unidirectional control. A person inputs values via a midi slider pad, which are then recorded for playback or enacted by the robot. This is a paradigm of puppetry and brought into question the idea of ‘behavior’.

On this subject we reviewed themes of emergence and self-organisation in cybernetics and artificial life, especially the reactive and bottom-up robotics of Brooks, Steels, et al. We also drew in the sociology of Pickering, discussing his distinction between ‘representational’ and ‘performative’ modes. On the basis of this discussion, the distinction between enacted behavior and autonomous behavior became clear.

Autonomous behavior requires that a robot be a quasi-biological agent, able to respond to its environment in real time. This demands sensors, which were notably absent in the kit, and it requires a computationally reactive environment so that the data from sensors can be usefully deployed in establishing feedback loops.

A robot is a situated machine, and its physical structure and the qualities of its environment are as important as its code – the two should be unified and mutually co-specifiying. The construction of the experimental robots reinforced the sense that the physical form and ranges of movement should dictate the form of the code, rather than the reverse. That is, we should start with structure, then add motors, then add sensors, then add code.

All participants and staff in the workshop experienced a steep learning curve over the duration of the workshop, and in the end some novel an thought-provoking projects were realized, and everyone went away with a rich sense of possibilities, as well as a more sophisticated understanding of theoretical and practical dimensions of the practice of robotic art.