With the support of The Arts & Sciences Chair of The École Polytechnique, The EnsAD-PSL and The Daniel and Nina Carasso Foundation 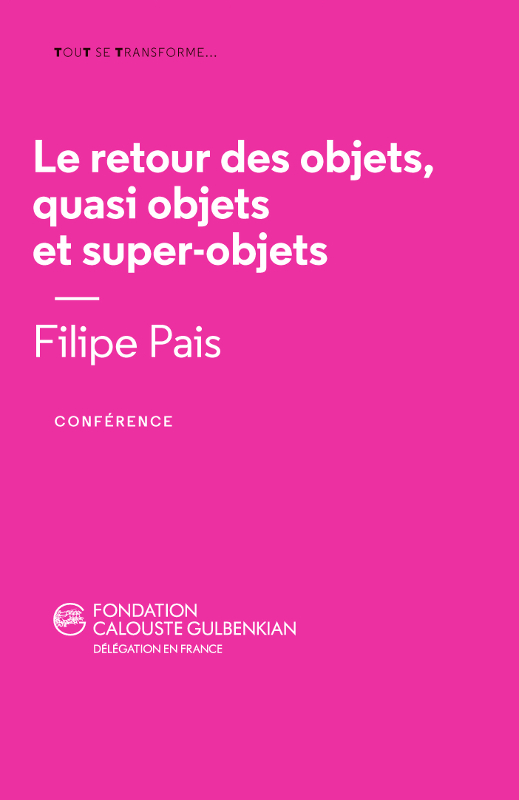 A chair drops and kills a dictator. Windows, doors and other daily life objects mysteriously disappear. These are the themes of two short stories published in 1978 by José Saramago in Quasi Objets, one of his lesser known works. In his book, José Saramago introduces ordinary objects that come to life and free themselves from their function. These quasi objects are endowed with consciousness and intentionality. They can act on the world, emancipate from an anthropocentric existence and even take revenge on a confident master. What happens to the OUMIS (objects, utensils, machines or installations) in Quasi Objets? Why did they leave? Where did they go? Saramago does not provide us with final answers to these questions. One thing is for sure: the story must be continued… Which is the aim of the first conference of this cycle. At the intersection of art, philosophy and design, this conference invites us to reflect on the notion of Quasi Objects and its influence on Michel Serres and Bruno Latour’s works and to imagine another type of object: the Super Object. 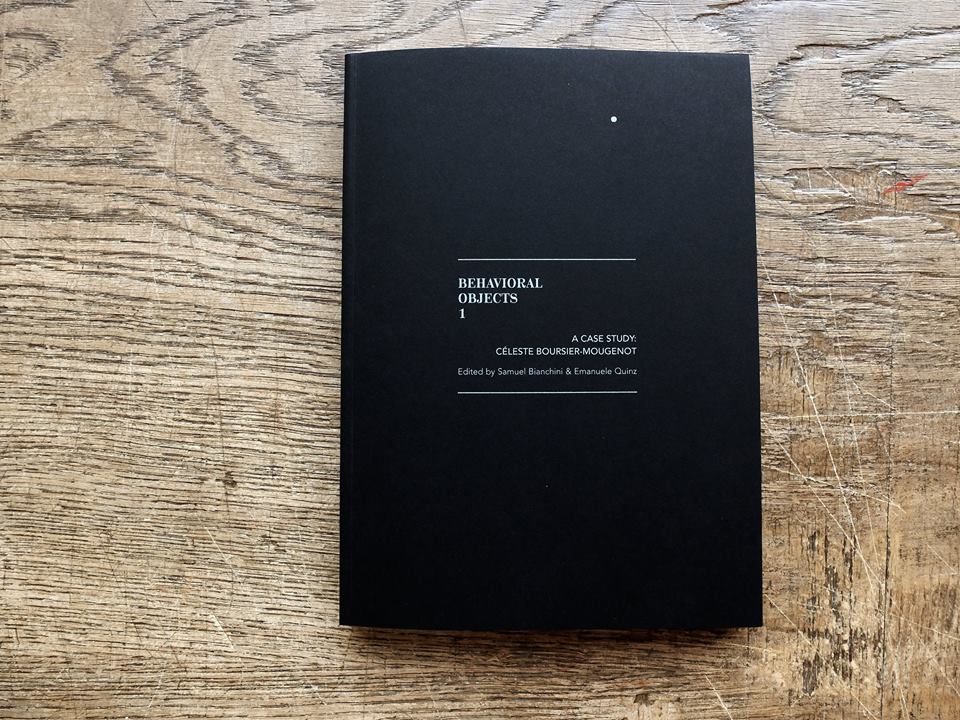 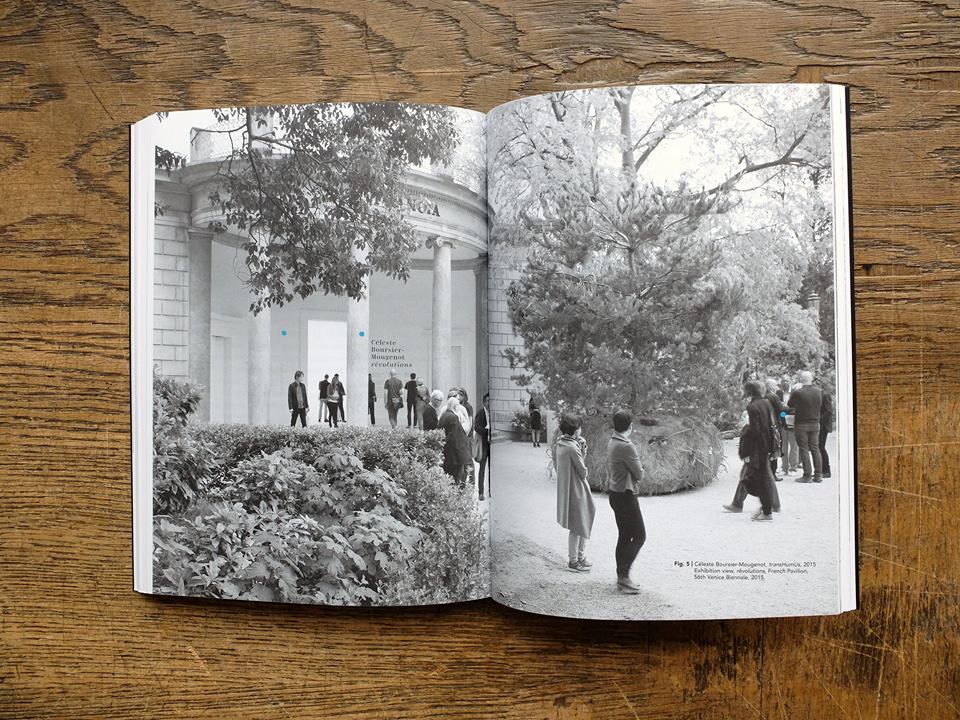 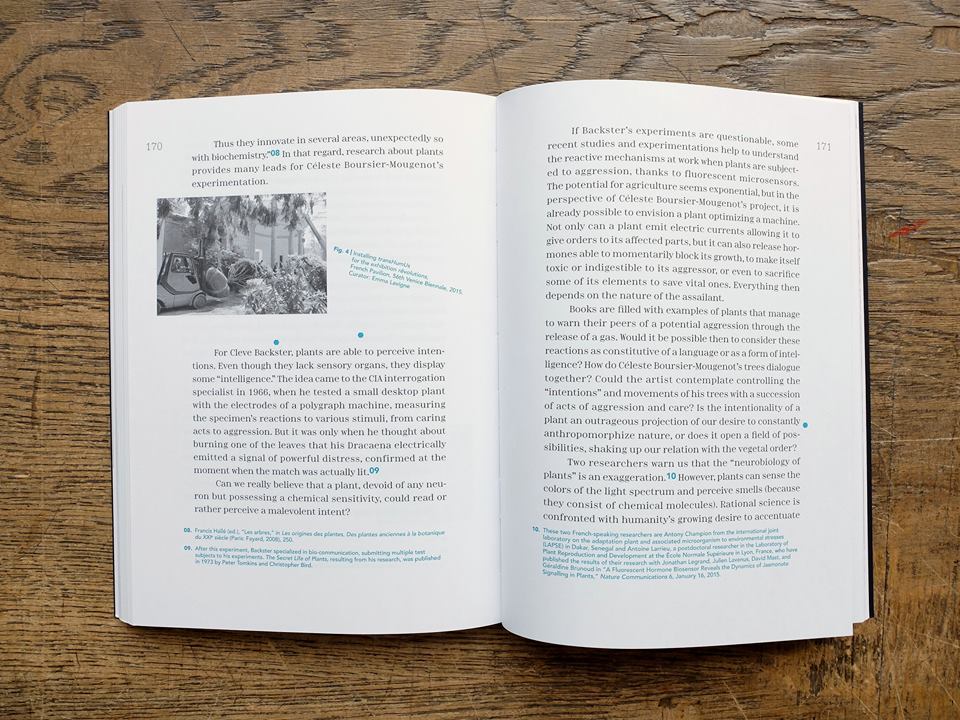 Three grand pianos slowly make their way through the large exhibition space allotted to them, sometimes bumping into one another. These animate objects, which constitute offroad (2014), a work by the artist Céleste Boursier-Mougenot, appear to be living beings, each with its own behavior. They are perfect examples of behavioral objects, whose little-known history dates back to the avant-garde and the emergence of cybernetics.

What exactly is a behavioral object? How can it be analyzed, understood, theorized, experienced, and how can we conceive of works that possess the faculty of action and reaction to their environment and public? Examining three works by Céleste Boursier-Mougenot, this book tackles these questions and defines a new field of research and practice.

Strange Design — From Objects to Behaviors 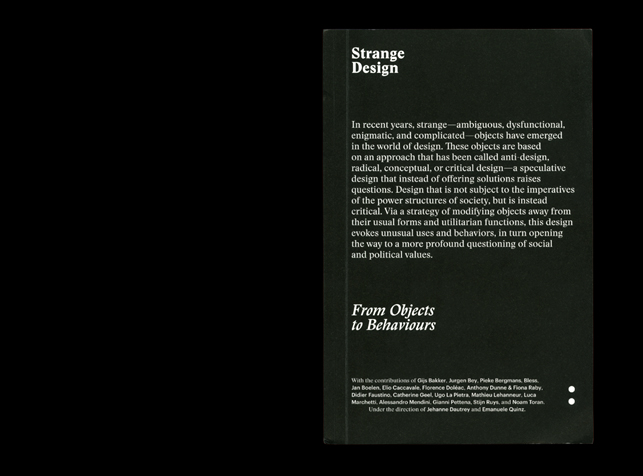 In recent years, strange—ambiguous, dysfunctional, enigmatic, and complicated—objects have emerged in the world of design. These objects are based on an approach that has been called anti-design, radical, conceptual, or critical design—a speculative design that instead of offering solutions raises questions. Design that is not subject to the imperatives of the power structures of society, but is instead critical. Via a strategy of modifying objects away from their usual forms and utilitarian functions, this design evokes unusual uses and behaviors, in turn opening the way to a more profound questioning of social and political values.

• Levillain, F., St-Onge, D., Zibetti, E., & Beltrame, G. (2018). More than the sum of its parts: Assessing the coherence and expressivity of a robotic swarm. In Proceedings of the 27th International Symposium on Robot and Human Interactive Communication (RO-MAN), Nanjing, China, August 27-31, 2018.

• Bianchini, Samuel. “Towards Organogenesis: For an Instrumental Approach in Research in Art.” Media-N, Research-Creation: Explorations 11 no. 3 (Winter 2015) pp. 22–31. http://median.newmediacaucus.org/research-creation-explorations/towards-organogenesis-for-an-instrumental-approach-in-research-in-art.

• Levillain, Florent, Sébastien Lefort and Elisabetta Zibetti. “Moving on Its Own: How Do Audiences Interact with an Autonomous Moving Artwork.” In CHI ’15 CHI Conference on Human Factors in Computing Systems, Seoul, Republic of Korea, April 18–23, 2015: 695–702. New York: ACM.